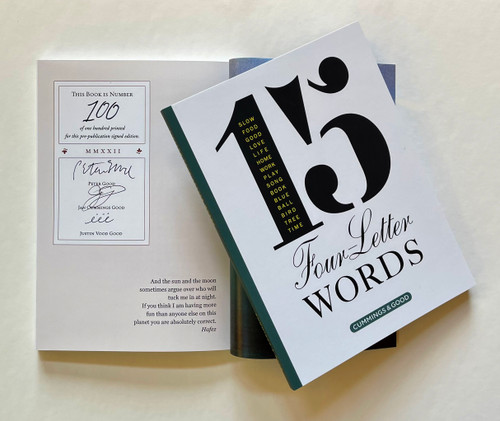 Fifteen Four-Letter Words is the title and focus of a project history that began in 1995. Twenty-seven years later we recall the evolution of an artful, literate calendar. To showcase our decades-long endeavor, sections begin with photographs of the outsized canister containers. Fifteen themed essays by Justin Vood Good alternately intrigue, evoke and inspire. The philosopher’s thoughts are followed by a selection of some favorite months providing a sense of scale and whimsy. The book concludes with appreciation for luminary friends who became generous contributors to the series.

Please note: A first edition of 100 signed and numbered books is shipping now.